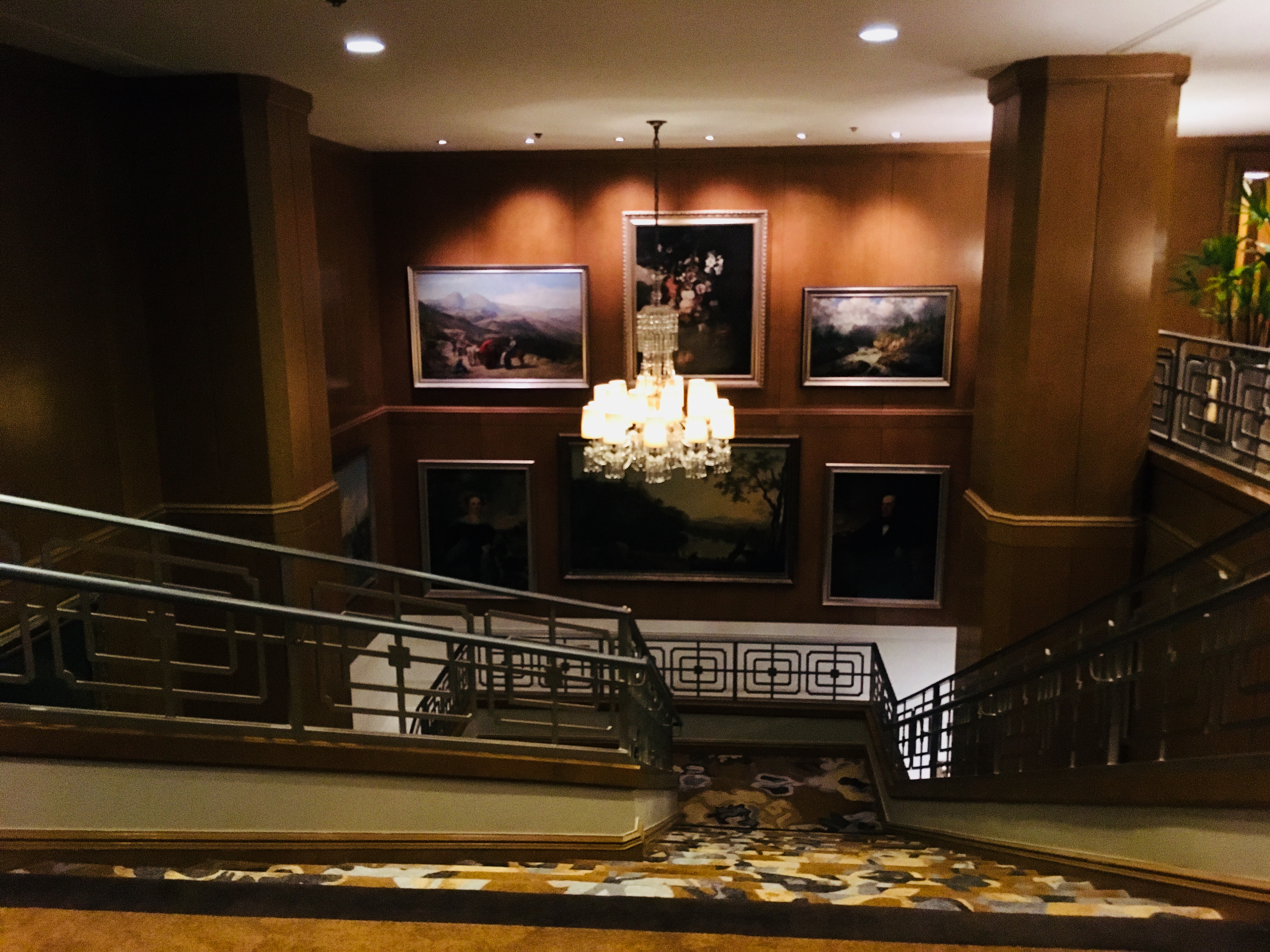 Former five star hotel Ritz Carlton Buckhead is now called The Whitley, A Luxury Collection Hotel Atlanta, and the price for a stay in one of the Ritz’ old rooms is a fraction of the old amount (starting at $145/night), so my husband and I decided to check out the old hotel and see what changes Starwood has made to the property.

The Whitley is part of Starwood Hotel’s Luxury Collection: a group of hotels distinctive hotels located in cultural hot spots. This particular hotel is located in the heart of Buckhead, an affluent neighborhood in Atlanta and home to high end shopping and major businesses. The hotel is named for John Whitley, Buckhead’s founder.

Entering the hotel is like a scene from a glamorous old movie, as valets and bellhops rush to take your things and open doors with much flourish and easy pleasantries. The smiling front desk staff are as polished as the rest of the place; efficient and friendly. 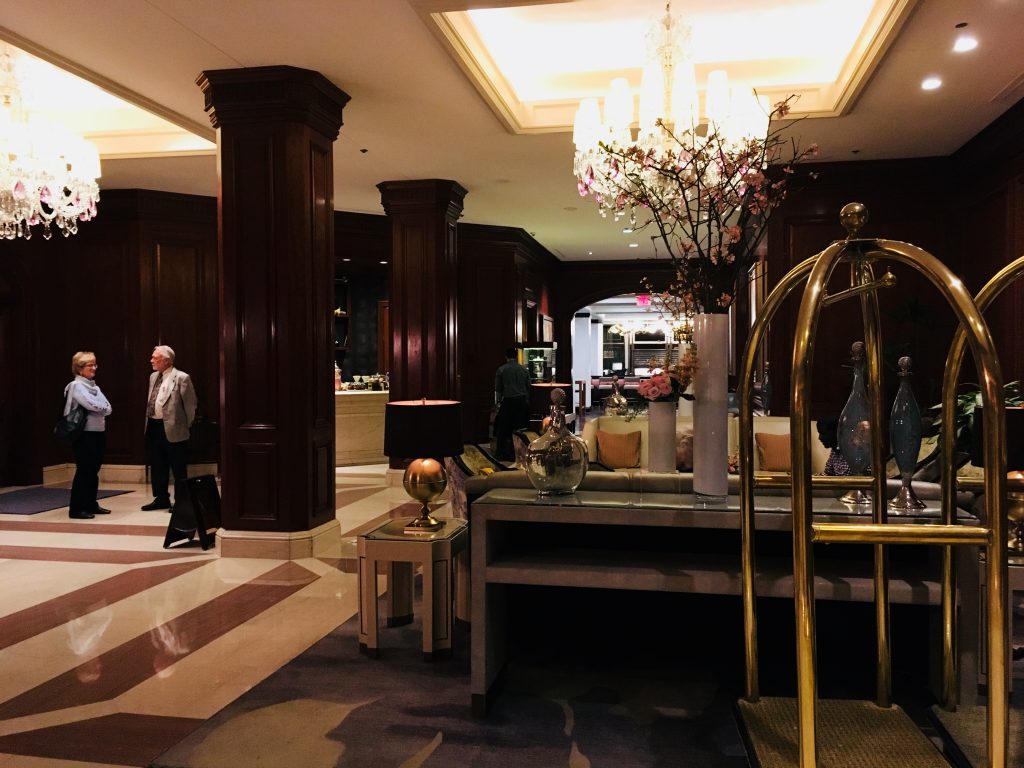 The chandeliers in the elevators are pure 80’s opulence, and contrast with the understated decor in the hallways and common areas. So far, so Ritz. Aside from changes to the signage, the lobby looks as “old money” as you’d expect from a Ritz Carlton, or now, The Whitley. 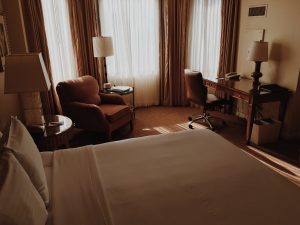 We were given a room on a high floor, which gave us a nice view of the city (though our own view from home is pretty great). The room itself was a “Superior King” room (important note: King beds in hotels are going to be smaller than your King sized bed at home by about half a foot. Know this before you call the front desk and ask to switch rooms. Just uh, speaking from personal experience) it was filled with peachy tones, gold accents, and light colored wood furniture.

There are signs of wear on nearly every piece of furniture but it’s not unexpected. The Whitley looks like a grand old thing, just sitting in the middle of all that’s new and shiny in the perpetually-under-construction Buckhead. 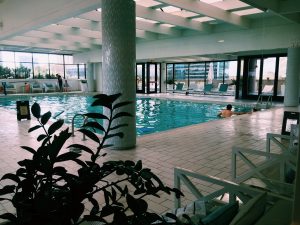 Oddly, the room lacked an amenities book or hotel description book in the room, so I went on a little discovery tour of the hotel on my own. There’s a club lounge, indoor heated pool, fitness center and spa. I stopped by the Spa to pick up a menu (the only menu in the room was a crumpled room service sheet in a binder) and discovered where the Ritz Carlton’s prices still reign: among the massages and facials.

Following my hasty exit, I made my way to the pool and fitness center. The lowered prices mean this hotel is a bit more family-friendly than in the past, and the indoor heated pool looked like a Howard Johnsons’ with all the kids splashing about and the red caution tape surrounding a portion of the area. Not exactly luxurious, but not terrible either. The fitness center was a ghost town, but it looked well equipped for a basic workout with old, but functioning equipment.

After a night out on the town with some of our friends, we came back to the hotel and plopped onto the bed. The mattress was just lovely and I desperately wanted to take it home. The small touches in the room like a white noise machine (especially helpful for rooms above the busy roads outside) and the gorgeously perfumed soaps and lotions really made the stay feel a bit more luxurious. 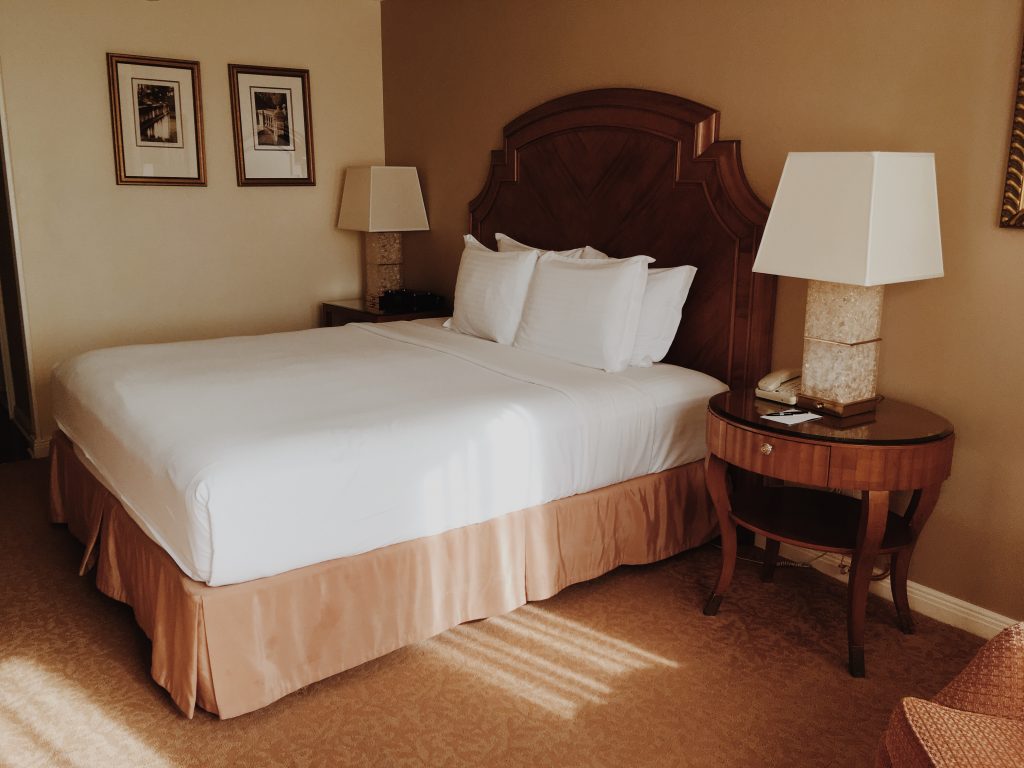 The bed with the magical mattress.

In the morning we got up for the Sunday breakfast buffet (included in our hotel package) and had a chance to take a look around at the other patrons. I clocked everyone from a harried mother of four, to what appeared to be a rock band, to an elderly couple in their Sunday best. As for the food, the Sunday brunch at the Ritz was known for its glamour and good food, but the spread offered here was more in line with the free breakfasts offered by lower-end chain hotels. 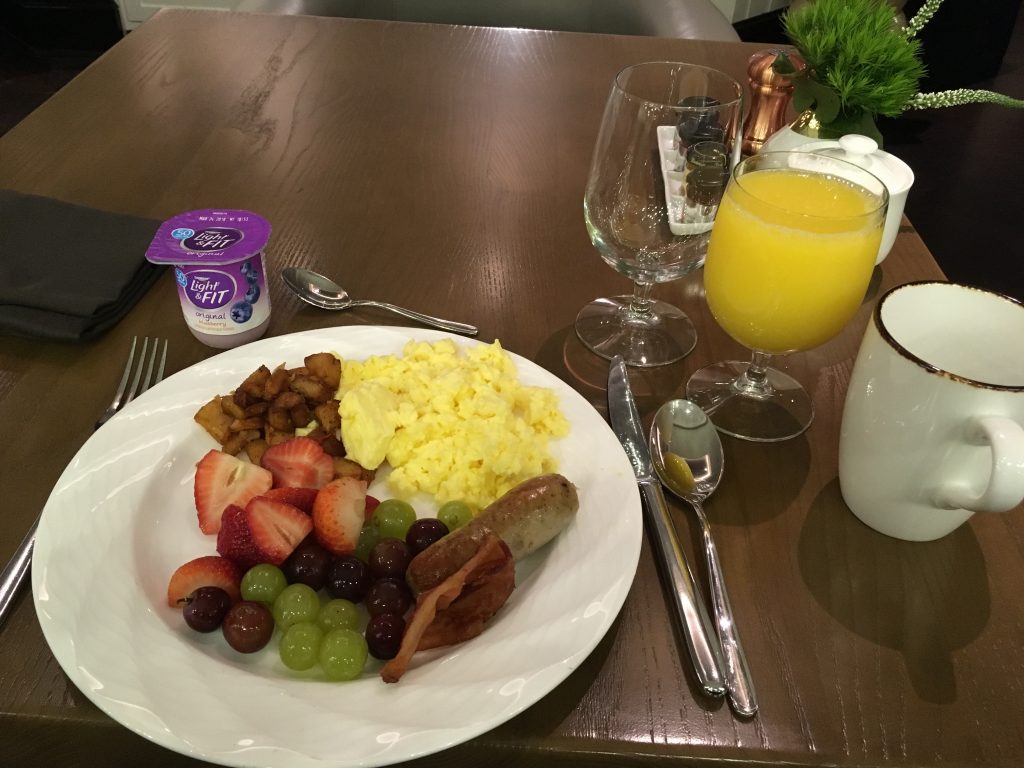 Breakfast at The Whitley.

The service in the dining area was still exceptional, so I pulled a manager aside to ask for the scoop on the changes at the hotel.

The manager said the hotel would undergo a litany of changes in the coming months, including property renovations and general quality upgrades. She added that the staff was still the staff from the Ritz Carlton, and the hotel management hoped to continue to add more amenities in the years to come.

Overall, this looks like an encouraging start for the Starwood Hotels venture. The Whitley is the company’s first Luxury Collection hotel in Atlanta, and the property needs some serious renovations to compete with luxury brands in this market. If and when those updates and upgrades are completed, it will be interesting to see where the prices will go as a result. For now – book yourself a little vacation or staycation for under $200! 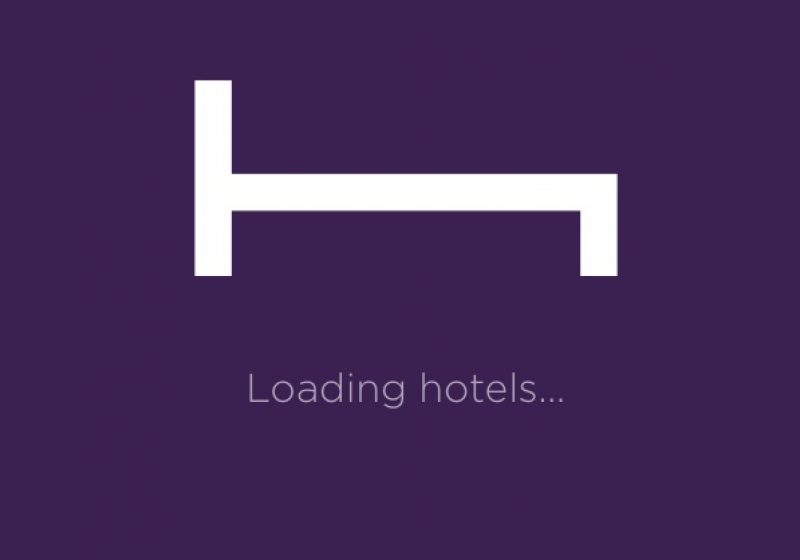 This week I'm checking out the free Hotel Tonight app for iOS. The program claims it can find the most convenient hotel deals based on your location.
Read More 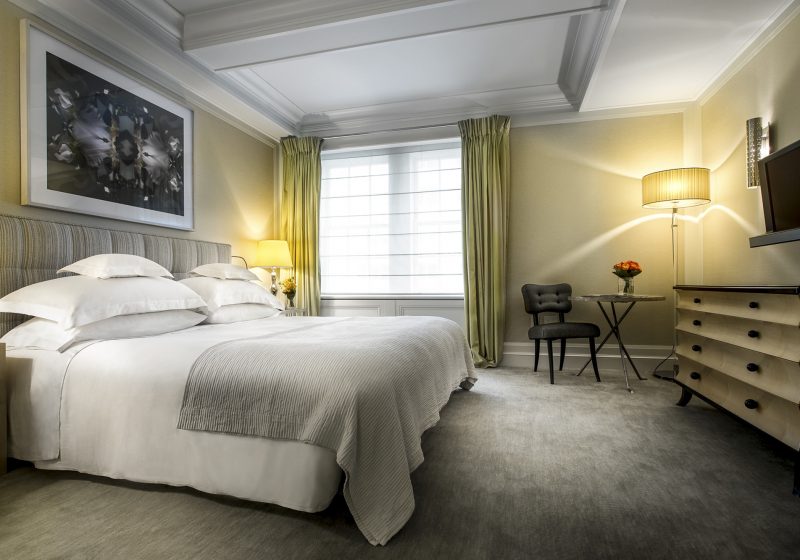 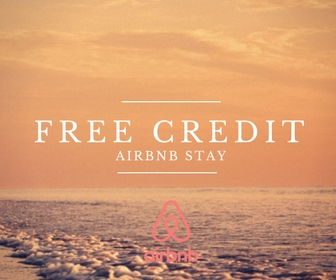